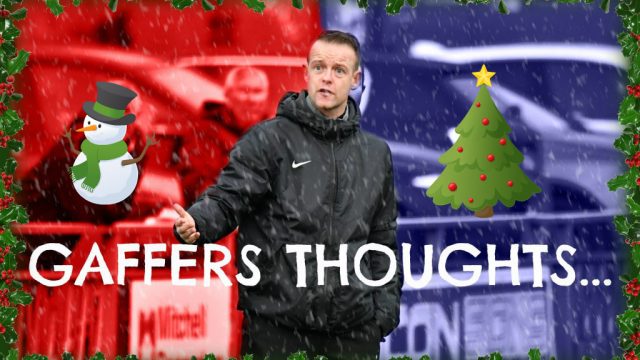 Words from the gaffer…

Broughty’s final game of an eventful 2020 came and went on Saturday, a 5-2 home win against Forfar West End in a game that was switched from Strathmore Park to Whitton Park due to an unplayable surface. Fed manager Jamie McCunnie speaks of his new signing, his top goalscorer, and gives praise to everyone going into 2021…

“Despite losing an early goal on Saturday against our visitors Forfar West End, the boys showed great character to get back in the game, and then go on to win the game scoring five good goals along the way. 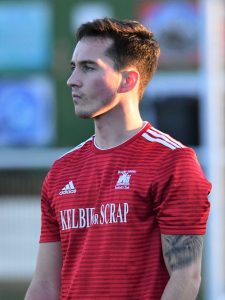 Our defender Greg Warwick (pictured left) had to come off injured early in the game, roughly after a quarter of an hour, and Ryan Ferguson moved into Greg’s full-back position. He then went on and scored a great goal after Brad Smith did some excellent work to create the chance for him.

As for the other goals, it was also great to see Josh Skelly back scoring goals again, well-taken ones at that so we are happy with that.

A quick word on our new signing, Ryan McCord, he was excellent in the game despite only signing on for us an hour before kick-off and he scored too. We knew he was available and we made our move to bring him here to Whitton Park. He brings so much experience with him too which can only help the players here.

Football aside, I’d like to wish everyone a Merry Christmas and thank them for their support this season so far and look forward to seeing everyone in January. It’s not been easy for the people that come and watch us home and away most weeks when they’re not allowed to do so, football plays a big part in a lot of peoples lives, not just the players. We have mums, dads, grans, grandads, wives, and children who all previously came to watch us before the current pandemic stopped them from doing so. Hopefully, they can get back to watching the boys play at some point in 2021, time will tell on that one.

Have a great break everyone, all the very best…”

As the gaffer says, Broughty will be back in action on Saturday 9th January with a home game against Dundee East Craigie at Whitton Park, kick-off is at 2-30pm.