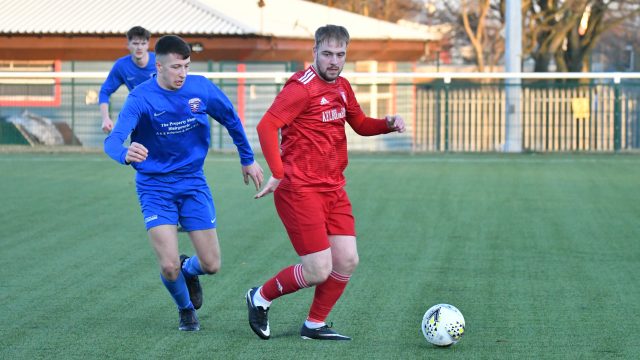 Broughty Athletic are pleased to announce that striker Josh Skelly has agreed to extend his contract for next season at the club. Manager Jamie McCunnie was adamant he was wanting to keep his top striker, and one of the top strikers in the league, so when crunch time talks came, he was a pleased man when Josh was more than happy to put pen to paper and sign on for next season at Whitton Park. 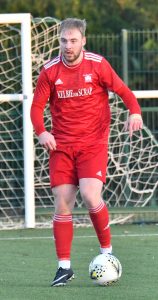 We caught up with Josh the other day for a chat about his recent news, read below what he had to say…

So, Josh, you’ve decided to extend your contract with the club next season, how do you feel about that?

Yeah, Jamie wanted to get the deal done and I was more than happy to agree to it. The sooner it was sorted the better, I’m feeling good about it as I am enjoying my football at the moment and also gives me more time to spend with my family as playing locally really helps.

The manager has a few experienced players now within the squad, can we expect to possibly have some silverware at the end of the season?

The gaffer has recruited well during these hard times, which is also a good thing as healthy competition is always good to get more out of yourself and know you can’t take your foot off the gas. In terms of silverware, I think most teams objective would ideally be to get any form silverware throughout the season. There is no better feeling than winning but we just have to take it game by game and see what happens come the end of the season.

There have been some bizarre results, however, every game I have played or been part of up to now has been competitive, but if we win 1-0 or 11-0 at the end of the day the three points is what your after and I would be happy with that.

You’ve started to get back onto the scoresheet in recent games following a couple of recent injuries, we take it you’re enjoying scoring the goals again?

I have, it has been a tough time for everyone with the Covid pandemic but last season I pulled my thigh where I was on the sidelines for a while and just as returning to play the pandemic hit us all. It was frustrating but not much I could have done about it, so the objective was to make sure the thigh was right for getting back whenever that would be. We played Forfar Athletic in a friendly and I broke my wrist which required surgery three games into this season. It was another setback, but that’s all behind me now and as you said I am back in about the goals and for me, as a striker, there is no better feeling than that.

Finally, the current pandemic isn’t going away anytime soon, how are things on matchdays under the new restrictions and rules compared to a normal matchday at the club?

Matchday at the club is as good as can be under the new guidelines. Fiddy has made it the best it can be within the current situation and has looked after us in regards to us getting changed within our changing rooms, all be it split up over several rooms we have. But it’s the same situation for all the teams so we just have to turn up get on with it and make sure we don’t let that affect our performance on the pitch…