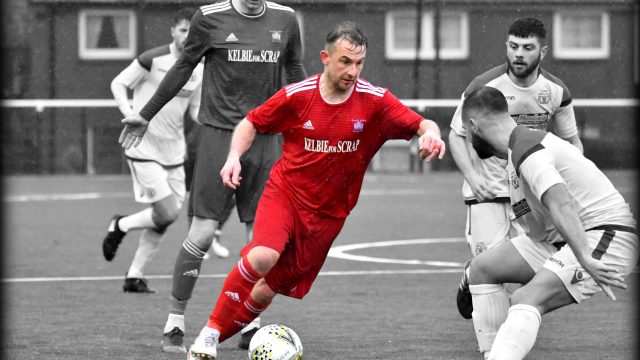 Following on from the Feds two new signings, the club is pleased to announce that legend striker and stalwart of over 23 years playing junior football in the east region, Stewart McConnachie has re-signed for the club for a further year.

Stewart, better known as Tweedy to everyone, started playing junior football back in 1996/7 for Coupar Angus Juniors at just aged 16yrs old. Other junior clubs that have had the pleasure of Tweedy playing for them include Elmwood, who are no longer in existence, Lochee United, Forfar West End and Dundee Violet. 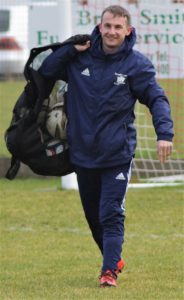 At Forfar West End, Tweedy starred in the side that won the Premier League and thus gaining promotion to the Super League for their first time. He’s won a treble of domestic trophies when at Lochee United and has a league winners medal from his time with Violet.

Then his GA Cup winners medal back in May 2017, pictured below with his kids walking onto the pitch at Tannadice followed by his DJ Laing East Region Cup Winners and Signature Signs Cup Winners medals from 2019 playing for the Fed shows to be a nice wee collection for the years service he’s given to the Junior game let alone the Fed.

When Broughty gaffer Jamie McCunnie offered Tweedy the chance of another season at the club both parties were delighted to put pen to paper on the deal.

“When he’s called upon he’ll give you 100% every time. He’s a great servant to the club and junior football and we’re pleased to have him on board with the squad for the season ahead. He gets stuck in at training and is always prepared for matchdays, youngsters nowadays should look to Tweedy and see what you can achieve if you work hard and show determination in the football world. Every team he’s played for show’s his desire to play and win” said Jamie.

Everyone, and we mean everyone at the club wishes Tweedy all the very best this season… 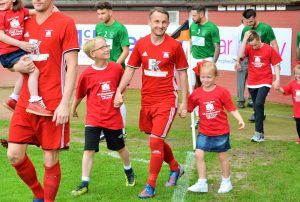 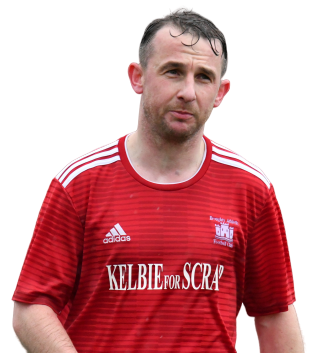