There will be some small revamps to the BAJFC website over the coming weeks as we prepare for the new 2017/18 season ahead.

Most noticeably missing and moved are the major sponsors of the club from being on the main website page, three-quarters of the way down, they are now moved to their own sponsor’s page. This can be viewed by clicking on the main header ‘SPONSORS’ to view the page. There you will find each major sponsor to the club with their available logo which can be clicked on to view their social media pages and information.

Once the final sponsor’s names are gathered in during the pre-season, we will update the site page accordingly and also each player’s profile page with their sponsor’s details etc as shown below, along with the individual’s information like previous clubs played for, BAJFC squad number, number of appearances, players position and goals this season. 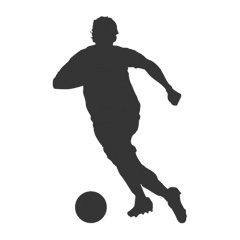 Our new East Region Super League Table is now available for the new 2017/18 season ahead and we welcome newly promoted Forfar West End, Kennoway Star Hearts and Sauchie JFC to the league, but we lose Super League champions Kelty Hearts as they have now moved to the Lowland Leagues. Replacing them are Newtongrange Star who were to be relegated from the Super League having lost out in the play-offs against Forfar West End but now keep their place in the league.