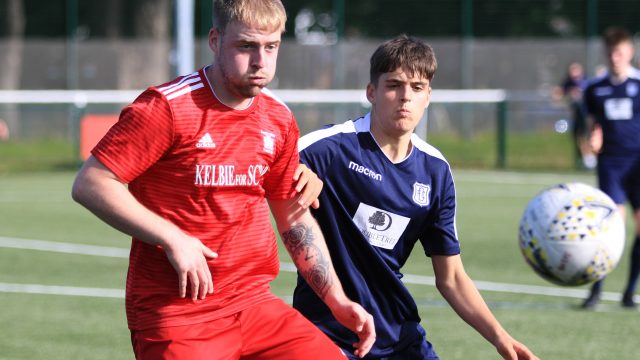 The second half was barely a minute old when striker Josh Skelly rattled home a 25yrd effort to make it 3-0. Dundee pulled one back on 58mins when Chris Inglis’s 25yrd strike flew into the top corner of the net to make it 3-1.

It was that man again Josh Skelly that completed the scoring on 63mins with a shot just inside the box to make it 4-1 to Broughty.

A good run out for both sides in the blistering sunshine at Whitton Park and a rare appearance for the Fed from manager Jamie McCunnie, coming on for several minutes towards the end of the game. Another note to mention, Fed striker Bryan Duell played the ninety minutes whilst his son Liam Duell was playing for the Dees, fantastic effort from both…