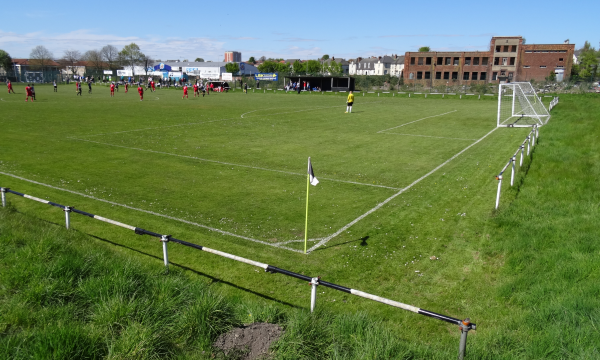 Broughty Athletic are on Scottish Cup duty this Saturday when they make the journey to face Glasgow Perthshire at Keppoch Park in the second round of the Macron sponsored Scottish Junior Cup. 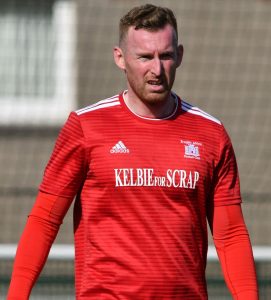 The Fed drew their last game away to local side Downfield last Saturday 1-1 in the North Super League and manager Jamie McCunnie will be looking for a victory to get his side back to winning ways. He has a couple of players carrying knocks from the Downfield game, namely captain Graham Hay (pictured left) who had to be substituted with a leg injury but definitely missing the trip will be midfielder Ross McCord.

Hosts Glasgow Perthshire are based in Possilpark, north of Glasgow, and are three times previous winners of the Scottish Junior Cup back in the years of 1932, 1941 and 1944.

They ply their trade each Saturday in the SJFA West Region League One, the third tier league out of four in the West Region and currently sit tenth in the sixteen team league having played just eight games, winning two, losing just the once but having drawn five games. They have scored eighteen goals so far and conceded fifteen.

Last season in the second round, hosts Glasgow Perthshire were heavily beaten at home 6-1 by visitors St Roch’s whilst Broughty were enjoying a 4-0 away win at Benburb.

A tough journey and game are ahead for the Fed but they will go in with confidence they can return with the right result. Kick-off at Keppoch Park is at 2-30pm. Should the game end in a draw then the replay will be the following Saturday 5th October at Whitton Park, with penalties deciding that game should it end level after ninety minutes.