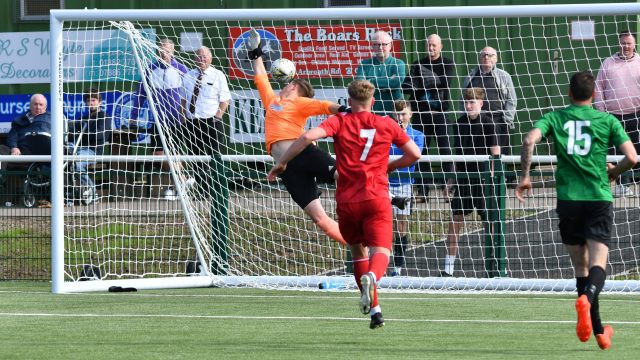 A fantastic Bryan Duell free-kick goal following a brace from Marc Scott saw the Fed secure their third Super League victory in seven days with a 3-0 win over visitors Tayport at Whitton Park this afternoon.

Scott put his side 1-0 ahead on 19mins from a low cross in the Tayport box and doubled his side’s lead on 73mins when fine play from Derryn Kesson pushing Broughty down the right side saw a cross into the box and Scott was unmarked at the far edge of the 18yrd box and slammed home, 2-0.

Then veteran striker Bryan Duell sealed the points with Broughty’s third goal, a fantastic 25yrd free-kick, that flew past the Tayport keeper with ten minutes to go, 3-0 F/T.

The win puts Broughty joint top of the North Super League but in second place on goal difference.