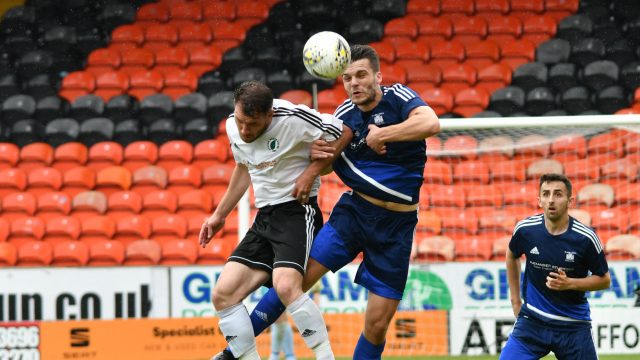 Following the fantastic Scottish Cup triumph last Saturday, Broughty are back on league business when they make the local short trip to face Dundee North End tomorrow afternoon in a Super League fixture.

North End have so far been a thorn in the Fed’s side as far as cup competitions are concerned, knocking Broughty out of the Quest Engineering Cup with a 2-0 scoreline and the East Region Cup on penalties this season. But in the McBookie.com North Super League, the Fed have had the upper hand so far with two wins out of two games played, 2-1 at North End Park and more recently a 5-0 thrashing at Whitton Park.

North End currently sit in fourth position in the league, twelve points behind the Fed with a game in hand. They have shown, with some of their results, they are more than a match for any Super League team on their day. Their last three league results have seen them recently win 4-2 away to Downfield, draw 1-1 with Luncarty and suffer a 4-0 loss at Lochee United. 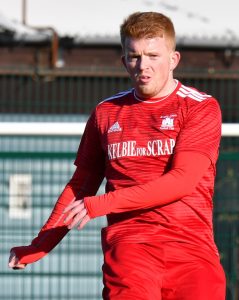 Broughty welcome back into the squad and most probably the starting eleven, midfielder Ross McCord (pictured left) who missed last Saturday’s Scottish Cup win due to suspension after being sent off after the final whistle against Carnoustie Panmure.

But the manager will again have headaches as his treatment table continues to be busy with players on it. Both Josh Skelly and Graham Hay missed the cup game but it’s unsure if they are fit for this Saturday and Ryan Ferguson was carried off with a leg injury and is a big doubt. Add to that a couple of other players are nursing injuries. The manager may again have to name himself as a substitute for the game as numbers are thin on the ground.

All fans are reminded Saturday’s game at North End Park is a 2pm kick-off.