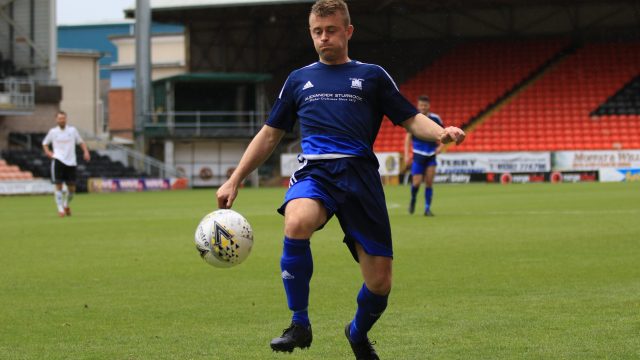 Former player returns to the club…

With the recent season declared null and void, all the managers of the local teams in the area will no doubt be working behind the scenes to prepare themselves with signing targets for the new season ahead, whenever that may be, and Fed manager Jamie McCunnie has been busy doing such by snapping up former player John Roberts. 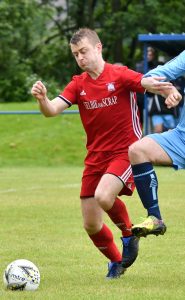 32 yr old centre-midfielder John, pictured left in the DJ Laing East Region cup final win over Carnoustie Panmure in June 2019, last starred for the Fed in the double cup winning season of 2018/19, finishing runners up in the Super League also before taking time out and away from football altogether.

On his signature and return to the club, Jamie said “I’m delighted to have JR rejoin us here at Broughty. He’s a great player in the centre of the park, knows the game inside and out and will add to our options.”

All at BAJFC would like to welcome JR back to the club and wish him all the very best with the season ahead, whenever that may be. The main picture is JR starring for the Fed at Tannadice Park in the Signature Signs Cup win over Dundee North End in May 2019.

The gaffer is delighted with his new signing and hinted there may be one or two more in the pipeline further down the line and time will tell if they put pen to paper at the Fed. Adding JR alongside the majority who have extended their deals at the club makes the season ahead look promising at Whitton Park.

One player the gaffer wanted to single out is midfield playmaker, Ross McCord, having this to say… “Delighted to see Pingu stay for the season ahead. He has been training well during this lockdown period and keeping himself in great shape. If you add that commitment to what he can do on the park then he and the team will do well next season…”