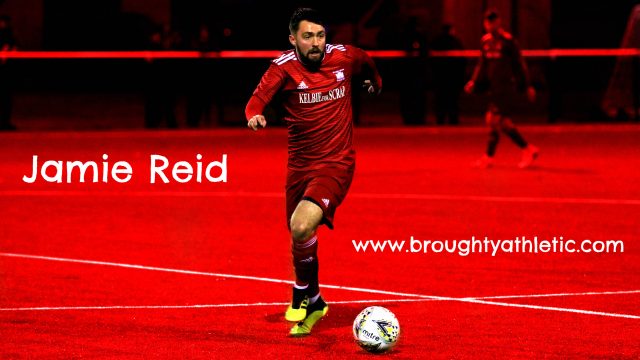 Broughty Athletic are pleased to announce that recent new signing Jamie Reid has put pen to paper and signed a new one-year deal for next season. 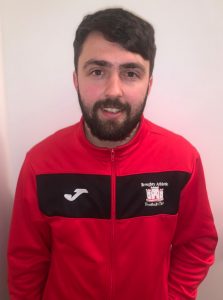 Attacking-midfielder Jamie was recently released from senior side Brechin City and snapped up by the Fed on a six-month deal back in December.

He is no stranger to the Junior football scene though, having previously played for fellow Super League local side Lochee United in the 2017/18 season. Other previous clubs Jamie has played for include the likes of Arbroath, Elgin City and Dundee FC where he started his senior career.

“Since joining back in December, things have been really good. I feel like I’m finally enjoying my football again after a difficult few seasons personally, it’s a good group here from the players, the coaching staff right through to the committee, everyone has made me feel welcome. As for renewing my contract, it was an easy decision to be honest. As I said, coming here has made me enjoy my football again and how the manager sets the team out suits my style of play also. 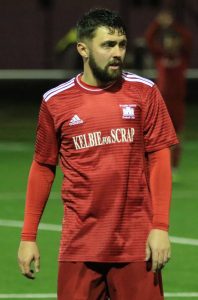 Our league campaign is going well as we sit in second place. All we can do is look after ourselves with results each game in the hope that leaders Carnoustie drop points between now and the season end. Life in Junior football is definitely a lot more fast-paced and you get less time on the ball but I feel after my spell at Lochee United I’ve adapted to it better this time around.

Taking a break from league business, we have a tough Scottish Cup last sixteen game this Saturday against St Rochs. I was involved with Lochee in the competition previously, twice reaching the semi-finals and even though I didn’t really play it was still a good occasion to be apart of. We can’t look any further than Saturday just yet but hopefully, we can get the right result and progress.

Life is good right now, outside of football I work at a company called Rautomead in stores/packing and when I’m not working I’m usually helping my girlfriend chase around our 2-year-old son about the place, he tires me out more than playing football does!”