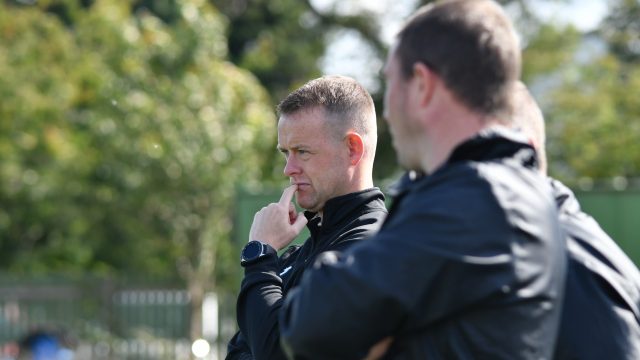 Broughty Athletic manager Jamie McCunnie was a happy man following Saturday’s 3-0 home win against Tayport. Read what he had to say below.

“I’m very delighted after yesterdays game against Tayport and in doing so we made it three wins in our last three games.

We knew before the game that Tayport had three influential players missing via suspension and you always wonder how your players will react to that. The start we made was impressive, for the first twenty-five minutes I thought we were excellent and on another day could have scored a few goals more. We went ahead after a great run and through ball by Ryan Ferguson and it was finished well by Marc Scott (pictured) to put us 1-0 ahead. 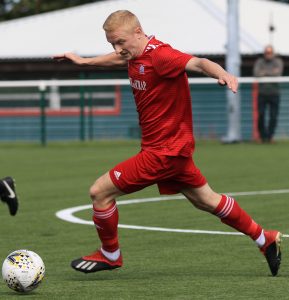 As the half went on Tayport grew into the game but on another day we could have been out of sight if our finishing was better, we passed up some great opportunities on the day.

The second half was good in phases and Marc Scott scored the second to seal the game later on in the half before Bryan Duell scored a great free-kick to wrap things up with ten minutes to go.
With the midweek games finished now, we can look forward to a good weeks training and hopefully start working with the players on a few things and get ourselves ready for a tough game at Lochee United next Saturday”.