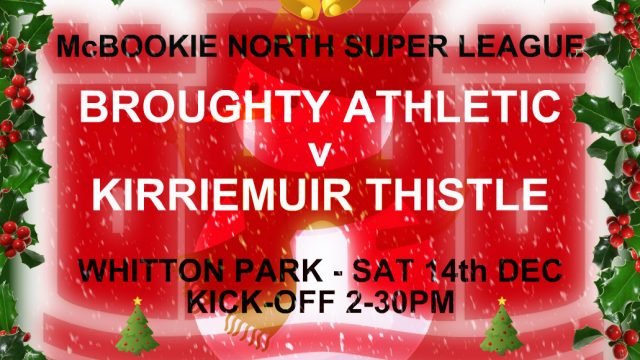 Broughty Athletic, fresh off their 6-0 thumping of Tayport on Saturday, welcome Kirriemuir Thistle to Whitton Park in the league this weekend.

The Fed cemented their position in second place in the league, just five behind leaders Carnoustie Panmure, with a blistering first-half display which saw them 4-0 up against the Canniepairt side at halftime and they will be looking to keep their fine run of form going when they welcome their visitors. 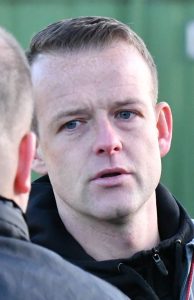 Vistors Kirriemuir currently occupy the sixth position in the Super League, twelve points behind the Fed but with two games in hand. The sides haven’t met yet this season so both sides will be up for the challenge ahead and looking for the points on offer. The sides are due to meet on the 4th January, the first game of 2020 in the league at Westview Park. Last season both sides won their respective games at home, the Fed won 2-0 in May 2019 and Kirrie 1-0 in October in 2018.

Kirriemuir are unbeaten in their last three league games, with wins over Scone Thistle 3-0, Luncarty 4-3 and a 3-3 draw against Lochee United at Thomson Park.

Broughty go into the game unbeaten also, but in their last seven league games, the latest three games being a 6-0 win against Tayport, 5-0 against North End and a 5-1 over Forfar West End. So Saturday’s game is sure to be a cracker between the sides with hopefully goals aplenty for the watching fans. Fed manager Jamie McCunnie (pictured) reports no real fresh injury worries from within his squad but a couple of players are carrying knocks and will be assessed nearer the day.

All supporters are reminded the game is a 2-30pm kick-off at Whitton Park as the floodlights will/can be used.