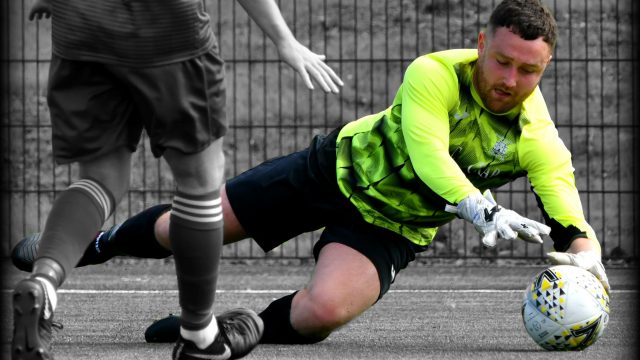 Broughty Athletic are pleased to announce that goalkeeper Sean Diamond has renewed his contract which keeps him at the club until the summer of 2021.

26yr old Sean signed for the Fed during the summer of 2019 and has played all but a handful of games in his first season at the club as first choice keeper for Jamie McCunnies side since his arrival. Sean’s arrived at the Fed from junior side Kirriemuir Thistle.

During this season, Sean has made a number of terrific saves and has been praised by his manager and fellow players for keeping his side in games and more importantly keeping the ball out of the net. Goalkeepers rarely get much of the limelight, especially in our match action photographs, but everyone is aware and knows what a great job Sean is doing for the team and club. 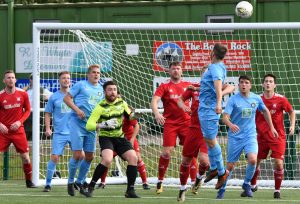 Speaking with Sean, he had this to say on how the season is going so far and renewing his contract with the club, taking him to the end of the summer of 2021…

“It’s been an up and down season so far I would say. We didn’t start very well at the start but managed to pick up some good results and be a bit more consistent as the season has gone on. There are still ten games left in the league so we need to win as many games as we can and see what happens come the end of it.

We also have a massive game on Saturday in the Scottish Junior Cup aginst St Roch’s at Whitton Park which is a great chance for us, it’s a home tie for us but being in the last sixteen of the competition we all know it’s going to be a tough game for us for sure. We are all hopeful of some form of silverware this year, especially for me as it would be a good way to finish my first season with the club.

As for renewing my contract, I’m delighted to sign on again here at Broughty. We have a great set of lads and you can see that with most of us signing again for next season. We’ve got a strong squad that I can only see getting stronger and better for the remainder of this season and for next season…”

As Sean has said, the Fed are in Scottish Junior Cup action this Saturday at Whitton Park when West Region Championship side St Roch’s FC from Glasgow are the visitors. Kick-off is at 1-45pm.