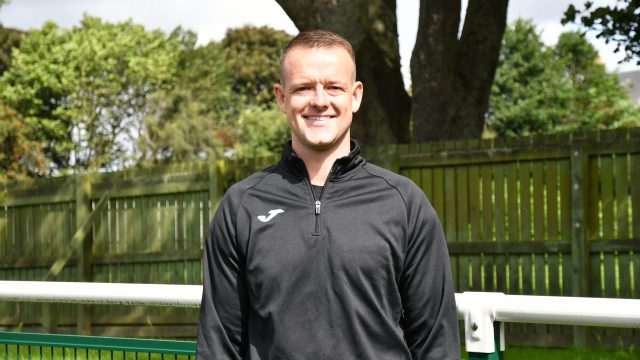 Broughty Athletic manager Jamie McCunnie looks ahead to Saturday’s big 4th round Scottish Cup game away to Cambuslang Rangers, a place near to where he grew up as a young lad. Read below what he had to say on this weekends fixture…

So it’s Scottish Cup weekend coming, what do you know about our opposition, Cambuslang Rangers?

Cambuslang isn’t a million miles away from where I grew up in Blantyre so I know a little about the club and their surroundings. As for any recent information on them, we’ve got some as in how they play etc. They also happened to beat East Craigie in the last round 2-1 so I’ve got what I have and we can pass this onto the players. Most importantly though in any game is concentrating in what we need to do as a team to win the game and how our players can influence the game to get our names in the hat for the next round.

What can Broughty offer as a team going into this game to trouble Cambuslang and can you see us getting through to the fifth round?

The last few games we’ve played have been much better than our performances at the start of the season and much more like the way we played last season. Hopefully, we can produce a performance like this on Saturday and give a good account of ourselves against Cambuslang. The Scottish cup is obviously a great tournament but if you’re not at your best on the day then you pay the price so we’ll see what comes Saturday.

You’ve played in a few Scottish Junior Cup games for Broughty, any trips/games that stand out?

Last season we went down to Hurlford with a patched-up team and lost narrowly 2-1. That result was a hard one to take for me personally as we were 1-0 up and I thought we at least deserved a draw, but sadly it wasn’t to be. Saturday’s game will be a 50-50 game and I’m sure with having home advantage Cambuslang will fancy their chances of getting through to the next round.

Anyone not making the trip due to injury etc and what’s the latest from inside the dressing room?

Hopefully, on Saturday we will have an almost full squad to choose from. The only person that will miss out is one of our best players, Brad Smith. Unfortunately, he’s not managed to kick a ball so far this season due to his injury he picked up pre-season. But we are all happy to have Brad back training with the squad now and hopefully, the lads can get us through to the next round and he may be in contention by the next round which will be in the new year.