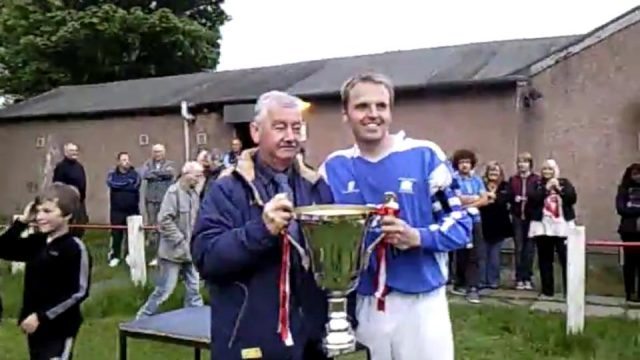 BAJFC are very sad to announce that former influential player and captain Lee Bertie has sadly passed away after losing his battle against Motor Neurone Disease yesterday.

The former Downfield, Dundee North End and Lochee United player, pictured on the right alongside ERSJFA Secretary John Reilly at Whitton Park, had been battling the disease for over two years since he was diagnosed at was forced to quit playing football.

BAJFC Chairman Gordon Deuchars will be releasing a statement from the club in due course.

All at BAJFC would like to pass on their condolences to the Bertie family at this sad, sad time…