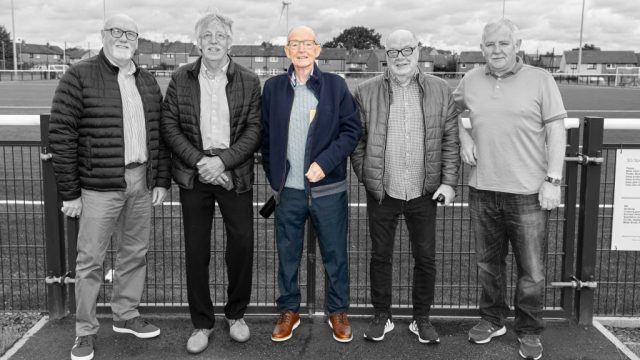 Billy McKenzie, a former captain at Broughty Athletic back in the late ’60s and early ’70s, has sadly passed away peacefully last Sunday.

The club website ran a story away back at the start of July when some former players, John Brown, David Seelay and Billy, gathered at the newly refurbished Whitton Park to discuss their stories from days gone by along with Billy’s brother Chris McKenzie and club President Jim Finlayson.

Billy, pictured centre, spent a total of eleven years at the club with ten of them playing the part as captain for the side.

Everyone at the club passes their condolences to the McKenzie family at this sad time.