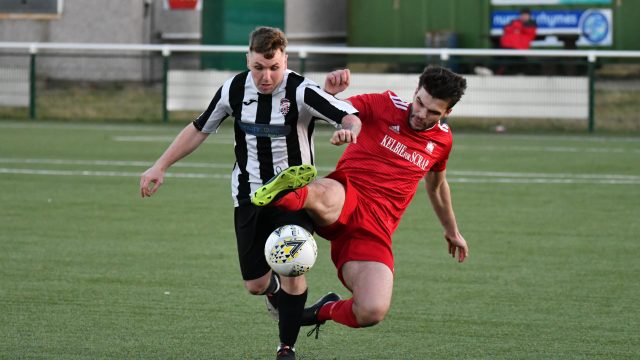 Broughty Athletic suffered a 3-1 home defeat against visitors Downfield in their opening fixture of the new 2020/21 season.

Missing for the Whitton Park side were both Graham Hay and Jamie Reid with Josh Skelly, Greig McNaughton, and Andy Walls all on the bench.

First to test out the visiting keeper was Paul Sludden in the first minute, trying his luck from 20yrds out but the keeper saved easily. 13mins on the clock and Downfield should have taken the lead, a corner swung in was placed the wrong side of the post by former Fed player John Farquharson. Then the clearest chance of the first half came to Ryan Ferguson, he was supplied the ball by Ross McDonald by with only the keeper to slot it past, he pulled it wide of the post.

29mins Fed striker Bryan Duell tried a 25yrd lob but the ball flew over the bar. Fed keeper Sean Diamond was involved in a challenge with another former Fed player, Ryan Blair, although he played on the remainder of the half he didn’t make it out after halftime and was replaced by trialist keeper Elliot Smith. H/T 0-0.

The second half was eight minutes old when the visitors took the lead courtesy of John Farquharson slotting home. A cross came into the box, keeper Smith thought he was fouled, the ball bobbled around the box and Farquharson was quickest to react, 0-1. This pushed Broughty up a gear and they equalised on 64mins. Broughty cleared a Downfield chance upfield, Bryan Duell headed down for Daryl McKenzie to slot home, 1-1.

But the goal just made the visitors press more and more and they deservedly went back ahead on 72mins. A floated freekick onto the box wasn’t cleared and a headed ball went into the corner of the net, 1-2. With four minutes to go a rash challenge by Fed captain, Gregor Anderson saw him sent off and the Downfield bench enraged with his challenge on their player.

Then to rub salt in the Broughty wounds, the resulting freekick was headed in past Smith to make it 3-1 to the visitors as they take home the deserved three points as the played fantastically all across the park with their keeper given very little to do for the ninety minutes.