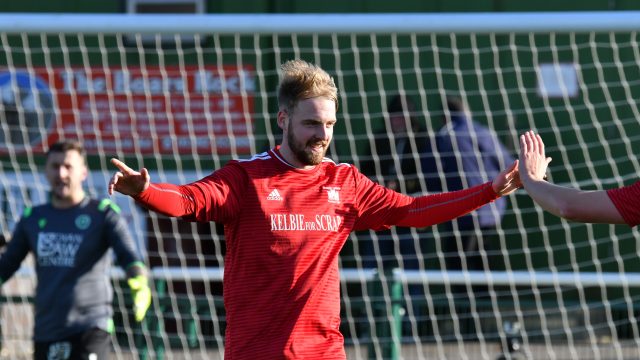 Fed battle back to force replay…

Broughty Athletic showed their never say die attitude as they battled back from 2-0 down early on in the game to draw level in the dying minutes to force a replay next weekend.

Hosts Darvel had an early morning pitch inspection at 9am and it was passed by the match officials and the watching supporters were treated to an entertaining match between both sides.

Broughty fell behind as early as 8mins when a bullet header rattled the back of the net following a freekick into the Broughty box. Minutes later it was 2-0, an inswinging corner went straight into the net. Broughty forced the home keeper to make three great saves in the first half but couldn’t get the goal they needed and Darvel had a couple of efforts cleared off the line.

Striker Bryan Duell brought Broughty back into the game in the second half on 61mins with a headed goal and in the 91st minute, substitute Josh Skelly took a touch in the box and turned and rattled home his shot to make it 2-2.

Reports from Recreation Park say that Broughty dominated the second half as the home side barely got out of their half. Full credit to the lads to earn the replay after a poor start.