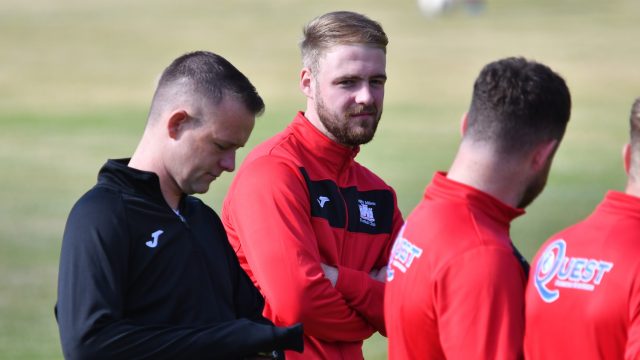 Broughty Athletic could only manage a 1-1 draw on Saturday against local side Downfield in the Super League and dropped to fourth in the table. A Josh Skelly penalty in the first half was cancelled out by a fantastic long-range strike midway through the second half to share the points. 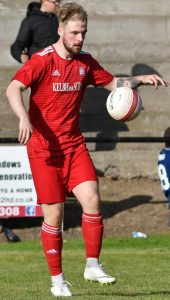 ” Looking back on Saturday’s result I think it would be safe to say a draw was probably a fair result.
We went into the game with a very offensive team, but our clear cut chances in front of goal were limited. We managed to take the lead after Josh did well, getting into the box only to be brought down to win a penalty, and it was good to see him converting it and get on the score sheet in his first game back at the club. He’s a massive lift to us here at the club and I’m glad we managed to get the deal done this week, eventually.

Unfortunately, though, we gave away possession in the middle of the park midway through the second half and we were punished with a fine strike that our keeper, Sean Diamond, had no chance with to level the scores. After that, we pressed on up the park with possession and had a couple of goal chances cleared off the line but overall I don’t think we did enough to merit the win and the three points on offer.

We now look forward to next Saturday knowing we will need to do better in what looks to be a really tough game away to Glasgow Perthshire in the Scottish Junior Cup to make sure we are in the hat for the next round. It’ll be a tough trip and game but we’ll go in with confidence we can produce a result…”

As Jamie has stated, the Fed are on Macron Scottish Junior Cup duty next Saturday away to Glasgow Perthshire in the second round. We will have more details and a match preview later in the week.