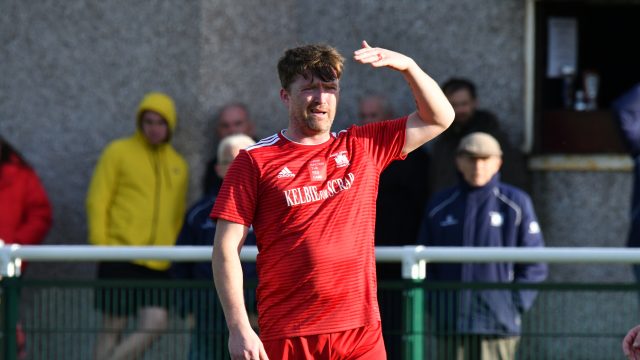 A Bryan Duell hat-trick and a Ryan Connelly double brushed aside visitors Forfar West End this afternoon at Whitton Park in a league encounter.

With the visitors ahead 1-0, doubles from Duell then Connelly had Broughty in control of the game despite going down to ten men when Fed defender Grieg McNaughton was sent off. But Broughty pushed on and striker Bryan Duell completed his hat-trick and Broughty’s fifth of the game to move them within one point at the top of the Super League.