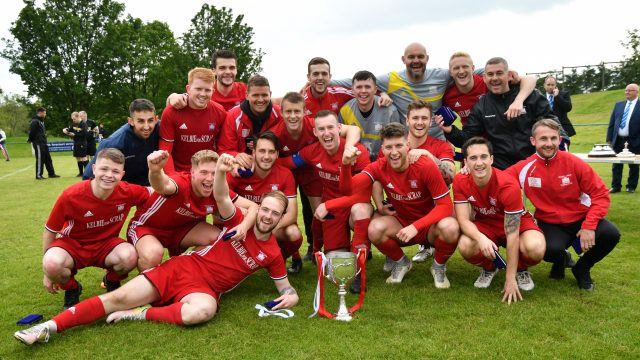 Cup duty for Broughty this Saturday…

Broughty Athletic take a break from Super League business this Saturday when they travel the very short distance to North End Park to face fellow league side Dundee North End in the DJ Laing East Region Cup, a cup the Fed won last season on penalties, defeating Carnoustie Panmure in the final.

The Fed will be looking to bounce back following last Saturday’s 4-0 defeat to Lochee United in the league but they know it will be a tough game as hosts North End themselves are fresh off a 7-3 thrashing of Tayport in the league after being two goals down. But the Fed are the holders and will dearly be looking to hold on to the trophy.

Hosts North End currently sit in sixth position in the Super League, two points behind the Fed, but Saturday is cup football so league form goes out the window. The sides have already met this season, in the league, with Broughty winning 2-1 away from home.

Broughty have no fresh injury worries following last Saturday’s defeat and manager Jamie McCunnie will have an all but full squad to choose from going into the game. He had this to say on Saturday’s game ahead…

“It’s a big game ahead this Saturday against North End. We’ll be looking for a positive reaction after a poor showing last weekend. We’ve already played North End this season coming from behind to eventually win in a close-encountered game. We welcome back Adam McCracken, who was away spending time visiting family in Australia but we will be missing Kieran Conway following his red card last weekend. It’s a trophy we had the pleasure of winning last season and will look to defend it starting on Saturday”.

All fans are reminded this game is a 2-30pm kick-off at North End Park. Should the game end on a draw then penalties will decide who enters the hat for the next round draw.