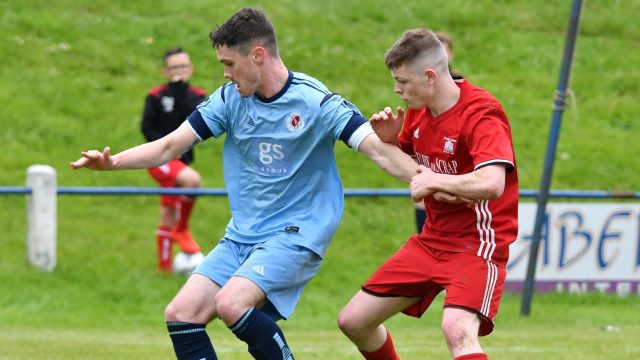 The sides have already met this season at Whitton Park with the Fed going down 3-1 in their opening fixture on the new 3G surface. Last season Broughty ran out 5-0 winners at home and 2-1 winners at Laing Park in the league fixtures. The sides also met in the East Region Cup final at Lochee United’s Thomson Park where Carnoustie pulled back a 2-0 deficit to draw the game 2-2 and force the sides into a penalty shoot-out with Broughty coming out on top to be named champions.

But Saturday’s game will see all previous results put to one side and see two top teams on their day battle it out for the three points on offer and bragging rights. A win for the Fed would reduce the gap to five points, a win for the Gowfers would extend their lead to eleven points and a draw would see the gap stay at eight points.

Visitors Carnoustie are currently on a three-game winning streak with wins against FWE 2-0, Kirrie Thistle 5-2 and Scone Thistle 5-0 whereas the Fed got back to winning ways last Saturday with a 3-1 away win at Kirriemuir Thistle following a 3-1 home defeat to Luncarty the previous game.

All fans are reminded this game is a 2-30pm kick-off as the floodlights at Whitton Park will be available.