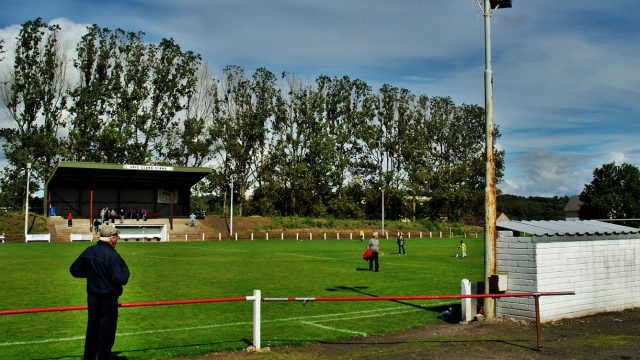 Back to league business for the Fed…

Following last Saturday defeat to North End in the Quest Engineering Cup, Broughty are back on Super League business this Saturday when they face Downfield away from home.

The Fed won their last league fixture 6-3 against Luncarty two weeks ago at Whitton Park and will be looking to get their league campaign back on track against their hosts. The Fed currently sit third in the league, three points behind leaders Carnoustie Panmure and two points behind second-placed Scone Thistle.

Following last Saturday’s defeat, it may be a chance for recent new signing Daryl McKenzie to get a start in the team if the manager decides to shake things up following the loss. Other than that he has a near full team to choose from once again.

Hosts Downfield currently sit four places behind the Fed in seventh place with eight points from six games, one less game than the Fed. Following back to back wins against Scone Thistle and Kirriemuir Thistle, Downfield followed that up with a 1-1 draw with Forfar West End but were on the end of a 4-0 thumping from current league leaders Carnoustie in the recent league game. So just like the Fed, they will be desperate for the points to move up the league table.

The sides shared eleven goals last season at Downfield Park with Broughty going home with the three points in a cracking and enthralling 6-5 game in the month of May. The sides met in November last year and the Fed ran out comfortable 5-0 winners at Whitton Park.

All fans are reminded the game is a 2-30pm kick-off at Downfield Park.