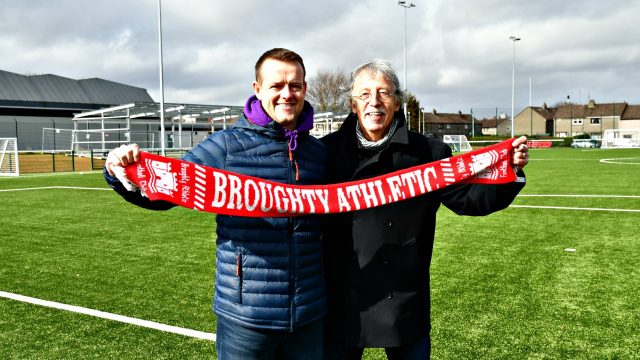 With all the hype leading up to Saturday’s Scottish Junior Cup quarter-final replay against Darvel Juniors at Whitton Park, a gentleman by the name of David Seeley, who turns out to be a former Fed player, got in touch with the club to pass on some fantastic information of when the first time our two clubs met roughly about 50 years ago, in the Scottish Junior Cup. Read below what David had to say… 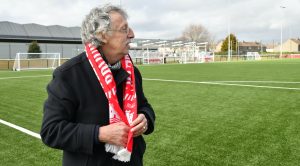 As for the Scottish Junior Cup game this weekend, this is history repeating its self. I can’t remember the year, it was either the late 60’s or early 70’s, I was playing well for Broughty when we were drawn against Darvel at home in the Scottish Junior Cup 3rd round after we knocked Formartine out in the second round, I happened to score twice in that game. I was on the right-wing for Broughty. The match with Darvel finished in a draw, I think the score was 0 – 0. The return game was fantastic, we went to Darvel and drew 3 – 3. The pitch was sodden and it was end to end stuff. Broughty went ahead with a glorious 30-yard strike from Jack Gillespie, as for the rest of the scorers, I can’t remember. I think it was a 3-3 draw and by the end of the game, the pitch was a quagmire.

This meant we had to play a third game at Shotts (neutral ground) where we played them off the park with a 3 – 0 win. I think our team that day was – Jed Reilly (Goalie) Gerry Smith, Billy Mackenzie (capt), Stuart Westhall, Ian Johnstone, Billy Britton, David Seeley, Jack Gillespie, George Christieson, Dougie Clerk, Gordon Mackinley. I think Graeme Irons was on the bench. He was a good player. We were a young team, who were nicknamed ‘The Broughty Babes’ – Billy Mackenzie being the exception – he was the auld head in the team.

Shotts ground was famous for being the largest football pitch in Scotland. We were a bit miffed at this being the chosen venue for it was never near to being a halfway venue it was much, much closer to Darvel than it was to Broughty Athletic. It was another long journey but we all reckoned we could deal with Darvel having gone toe to toe with them over two games. Gordon Mackinley was exceptional that day as was George Christieson who grabbed a brace in a wonderful 3 – 0 victory. We made headlines that day.

When the game ended there was good harmony but most of all there was respect. Gordon Mackinley and George Christieson died in their twenties, it was tragic for the club. It was George who put Darvel to the sword with two close-range strikes. In the next round, we were drawn against Irvine Meadow the giants of Junior football at that time. It took two games to separate the teams, unfortunately, this time around the Broughty Babes were the losers. Eddie Whitton was a true gentleman and brilliant manager. He gained the respect of everyone at the club. What a great guy, I’ll never forget his humour and demeanour and the ground was named after him, a fitting tribute.

After these epic games I was chosen for junior Scotland and Dougie Clerk and Gordon Mackinley went Senior, possibly with Brechin and Arbroath or Montrose or Forfar, as did Jed Reilly with Dundee United.

I had to cut my career at Broughty midseason as my sister in York was very ill and my mother asked if I could go down and be near her. So I got in touch with Tom Johnstone the manager of York City and asked if he was interested. I was a gas fitter to trade which helped me get a job with North Eastern Gas Board in York. I was playing with York reserves on a Wednesday night and for Vickers Armstrong in the York and District League and later switched to Easingwold Town. 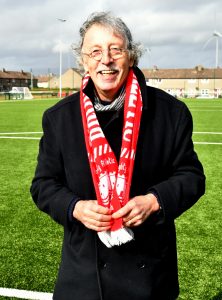 I was 26 when I came back to Scotland and was lucky enough to go on another Scottish Junior Cup run with Newburgh in 1972 -73 reaching the semi-final where we lost 3 -0 at Brockville (Falkirk) to Cambuslang Rangers who went on to win it. Newburgh was my most successful club winning 2 league titles and 2 Fife Cups and the East of Fife cup. I met my wife at Newburgh Juniors, she was training to be a teacher in Dundee and she would come over to the Newburgh home matches to help her Auntie Ella sell the teas and half time pies.

I am grateful to the game of football for my many friendships and many wonderful times and for helping me find my wonderful wife. I’ve played football all my life. The only club where I was unsuccessful was St.Andrews United, my home team. I finished my football career with St Andrews University where we won the league and another trophy, which I can’t find. My last game was with the students when I graced the turf at Tannadice in a Friday night tournament against Dundee University when I was 65 years old. I managed to get through 70 minutes before being subbed.

I still have a great affection for Broughty Athletic and the people who’ve helped keep it going over the last 50 years. I hope to make it to the replay game on Saturday at Whitton Park and hopefully, I can bump into some of my old buddies. It would be great if we come away with a victory…”

An absolutely fantastic story from David regarding his time at Broughty Athletic and in Junior football. The club arranged to meet with David to have a chat and talk about old times at Whitton Park. We arranged for David to meet BAJFC President Jim Finlayson, manager Jamie McCunnie and our media team, as can be seen in the photos with David and the gaffer on the ‘new’ pitch of Whitton Park…