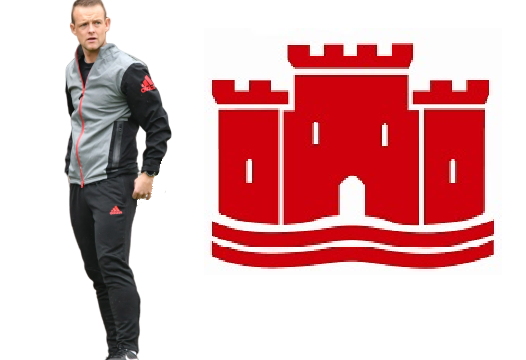 Saturday is nearly here; the newly reconstructed Premiership North 2020/21 season kicks off the new season and Fed manager Jamie McCunnie is taking it all in his stride as his side prepares to take on their first game of the new season against Downfield.

Well Jamie, the new reconstructed season upon us this Saturday, how are you feeling, and are the boys ready for the campaign?

I’m looking forward to the new season ahead, it’s been a long time coming and I think everyone is just happy to be playing competitive football again. The boys came back after the long layoff in good shape, so we only had a few running sessions then it was out with the ball and we’ve played more than enough games recently for everyone to have had enough game time.

It’s been a tough year for everyone due to the current on-going Covid-19 pandemic, how have you managed to get the boys together and back into momentum for training, etc?

To be honest, it’s been really easy getting us together through these hard times. I think most of the lads are happy just to get out of the house and have missed their football. It certainly was showing at our mid-week training sessions, the numbers have been excellent, to say the least.

The league has been reconstructed during the break, more teams have been added, how do you think we’ll do this season ahead?

Hopefully, we can pick up where we left off last season. We hit some good form just before the season was ended by the Covid pandemic. There’s new competition to play this season and we just take it one game at a time, I’m not looking at the second or third fixture, I’m only focusing on our first game and that starts this Saturday, against Downfield.

Sadly, there will be supporters allowed until further notice within grounds this season, will it have a bearing on games with no one heckling from the side-lines?

Time will tell on this one. It’s been very strange playing with no one watching any of our recent friendlies. It’s not like any team in this region gets hundreds or thousands of fans at their games so in my opinion people could still attend and socially distance, but that’s not happening so we just must adjust to the situation and we will.

What have you seen of any other local teams and their preparations for the new season ahead?

We’ve not been able to look at local teams or take in any of their games, other than the teams we have played recently in friendlies. Our focus has been on getting the boys back to enjoying playing again. We are in a fortunate position that we are allowed to play. The amateurs have had their season paused so hopefully the boys understand how lucky they are, still to be playing, and show that when we start on Saturday against Downfield…

Everyone at the BAJFC Media Team wishes Jamie, his management team, and the players, all the very best for the season ahead… #MONTHEFED