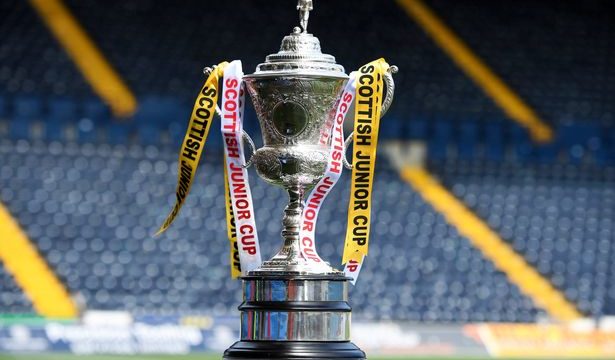 Gaffer is a happy man after cup win…

Broughty Athletic are through to the third round draw of the Macron sponsored Scottish Junior Cup following their 2-1 win over Glasgow Perthshire at Keppoch Park on Saturday. Fed boss Jamie McCunnie was a happy man following the victory and had this to say…

“I’m really happy to be through to the next round of the cup in what proved to be a tough match in Glasgow. The home team proved to be a real handful and had a physical presence up front. I’ve not played on a park so small for a long long time, the home team put us under pressure with balls into our box at every opportunity, our defenders handled that really well and looked very comfortable in the first half. 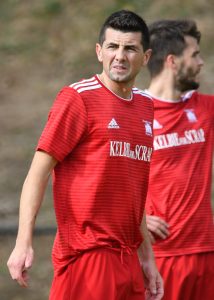 We played better than we have done for the past month, controlling the early stages of the game however the chances we created we weren’t clinical enough in front of goal. We then found ourselves 1-0 down early into the second half, courtesy of an excellent overhead kick from Glasgow Perthshire’s point of view, but for me, we were far too open for the counter-attack.

Greg Warwick got us level with a fine strike to beat the keeper at his near post, Greg doesn’t get on the scoresheet very often but he took his goal really well. As the game progressed we were pushing hard for a winner and we managed to get the goal I think our play deserved. A deep cross from Greig McNaughton found Marc Scott at the back post, his cutback was slotted into the goal by Daryl McKenzie (pictured) who made a good late run into the box and score his first goal for the club.

We now wait for and look forward to the draw when it comes be it a home or away fixture. But we must concentrate and look ahead to this Saturday’s league fixture, we entertain Kirrie Thistle at home it what I’m sure will be another tough match for us…”